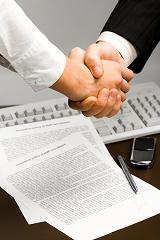 Whether it is custom essays or unique informative speech topics that you are focusing - don't forget that incredible speech introductions set the tone for the rest of your informative essays, speeches or informative thesis.

Take a look at the speech introductions below for great ideas and words of wisdom - you may even like the free informative speech that goes with it?


Cheering crowds, standing on a podium...two gold medals at the Atlanta Olympics - Michael Johnson is quite simply one of the greatest athletes on the planet! His place in history was sealed at the Atlanta Olympics, during which, he won a 200 and 400 meter sprint double. No athlete had ever won both events at Olympic level, let alone achieving the feat at the same Games!

Alexander was born on the 20th of July in 356 BC in Macedon ... he lived a lifetime in just 32 years. Controversy surrounded his life from the very beginning. It is said that on the day of his birth, the temple of Diana burned to the ground. Some believed that this was a sign - a sign that represented a power that would one day destroy Asia! Alexander pursued adventure and honor, rather than vast riches or simple pleasures in life. He strove for fame - his vehicle to achieve this was a kingdom that was enveloped in war, battles and intrigue. This was his platform to show his courage and his platform to make his mark in history.

Keep going - you are sure to find a captivating informative speech introduction!

Thomas Edison - a man of practical genius and humble beginnings. As he stepped off the boat that brought him from Boston and took his first step in New York, he had only one small bag and a single dollar in his possession. The only shelter that he could find was in a battery room of a company on Wall Street and this is where he spent his very first night in New York.

Michael Jackson - triumph and tragedy! Michael was born on August the 29th 1958 - a child destined for great things, a man who left an indelible mark on the world - a musical genius...a light extinguished... the world in mourning.

Sir Winston Leonard Spencer-Churchill - An ordinary man who lived an extraordinary life - an officer, a historian, an artist, a Nobel Prize-winning writer, a statesman, an orator, a British politician and Prime Minister...all of these attest to a life extraordinary.

Bill Clinton - a step ahead, humble beginnings, the vision to soar and the conviction to make the changes that he wanted to see. Bill Clinton's leadership style was definitive, fallible yet effective. He exemplified a number of core leadership skills, universal qualities that characterize an effective leader and for the most part, very admirable qualities.

John Fitzgerald Kennedy, famously said, “Things do not happen. Things are made to happen”. Indeed, these were words that he lived by; an ideal that he aspired to and a leadership prerequisite that is still relevant and pertinent today, almost four decades on. John Kennedy – the military hero, the president, the leader of men and at times just a fallible man, exemplified universal and timeless leadership principles.

Nelson Mandela - inspiring the world to be the best that it can be. Nelson Mandela is indeed an icon to many. He endured personal sacrifice for the greater good of his fellow man. He stood strong in the face of adversity and firm in his resolve to see injustice challenged and conquered. Mandela championed the cause of fairness and justice, forgave magnanimously and lead with empathy and tolerance.

Seemingly impossible for one man to achieve? Perhaps not.

Informative speech introduction - take your pick and use it as a springboard as you soar through custom essay writing and great speech presentations!