Nelson Mandela Speech - Madiba lived the ideal of striving to be his best for the world! 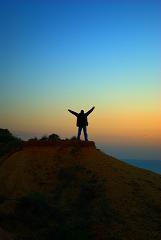 Any effective and meaningful motivational speech aims to encourage people to grow and develop within themselves so that they too can be their best for the world.

Nelson Mandela is certainly an icon worth paying tribute to - he exemplifies courage, conviction, empathy and commitment - all qualities worth emulating.

Nelson Mandela is indeed an icon to many. He endured personal sacrifice for the greater good of his fellow man. He stood strong in the face of adversity and firm in his resolve to see injustice challenged and conquered. Mandela championed the cause of fairness and justice, forgave magnanimously and lead with empathy and tolerance.

Seemingly impossible for one man to achieve? Perhaps not.

Madiba, as he is affectionately known, is noted as saying, "It always seems impossible until it is done". And indeed, the task that lay ahead of Mandela may have seemed insurmountable initially - seemingly impossible - yet ultimately..."it was done"!

Nelson Mandela led the African National Congress. The ANC was largely a black movement that opposed South Africa's white minority government and the policy of Apartheid, that the government endorsed and legislated.

It was a battle that Mandela championed, initially non-violently. He later however, advocated acts of sabotage against the government in an endeavor to see justice and freedom for all South Africans becoming a reality.

Nelson was imprisoned in in 1962 for the role that he played in these acts of sabotage and so began a twenty-seven year incarceration at the infamous Robben Island maximum security prison. Mandela spent much of his confinement engaged in hard labor under often untenable conditions.

Confined in a maximum security prison, isolated from the rest of the world and the international community? His dream must have seemed impossible!

Yet still he prevailed! Even when he was offered the opportunity of a pardon and freedom if he were to renounce violence, Mandela stood firm in his resolve. He became a symbol of the anti-apartheid movement among the international community and the South African black population.

A Nelson Mandela Speech has also said: "After climbing a great hill, one only finds that there are many more hills to climb." Mandela continued to fight for the cause of freedom and justice for all on a daily basis, climbing one hill after another... and the price he paid - his freedom.

His tenacity and unwavering courage prevailed and Nelson was released from prison, becoming an international icon and symbol of hope to many. Yet many more hills still remained for Mandela to climb.

In 1993, the presiding president F.W. de Klerk and Nelson Mandela shared the Nobel Peace Prize for the cumulative role that they played as they strove to end Apartheid and establish the foundation for a peaceful transition to a democracy in South Africa.

"I learned that courage was not the absence of fear, but the triumph over it".

Three years after his release all South Africans voted in the first free elections for all races. Nelson Mandela was elected president.

His legacy - our torch to bear for future generations to emulate and aspire to!