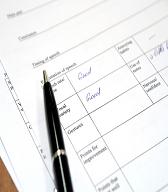 Too much information - too little time? What information should I include? How do I structure a meaningful speech, with an original slant that doesn't merely list fact upon fact? Well, follow the simple informative speech outline listed below  - it's that simple!

Full Name:  State your character's full name and include a catchy slogan.

Humble Beginnings: Many inspirational people had humble beginnings that shaped their character, their  goals and their resolve. Briefly share these experiences in your informative speech outline with your audience .

Opinions are Not always Facts:  Too often inspirational people were told that they were unlikely to succeed or that their ventures would fail.  Include one or two example in your speech.

Misfortune Overcome:  Detail how your inspirational character overcame obstacles - either obstacles of a personal nature or in their quest towards achieving their goal.

Time is Precious:  Inspirational people very often had time constraints that they needed to adhere to. These time constraints may often have been self-imposed, driven by their desire to succeed or even imposed by outside forces.

Success - a Legacy Lives On:  End your speech by describing your inspirational character's ultimate success and possibly their contribution to mankind.

Thomas Edison came from humble beginnings. As he stepped off the boat that brought him from Boston and took his first step in New York, he had only one small bag and a single dollar in his possession. The only shelter that he could find was in a battery room of a company on Wall Street and this is where he spent his very first night in New York.

It has been said that opinions are not always  facts! This is certainly true in the case of Thomas Edison. He was born in 1847 in a little town near to Milan, Ohio on the shore of Lake Erie. Close friends and relatives called him "Al". Although Thomas was quite an intelligent young boy, one of his teachers ventured their opinion and suggested to his mother that Al had an "addled" brain. His furious mother removed him from the school immediately and taught Thomas herself. Thomas Edison would in time prove that opinions are seldom facts!

Thomas Edison endured further misfortune in his lifetime. After having overcome a bout of scarlet fever and recurring ear infections in childhood and an apparent blow to the side of his head, he remained hard of hearing for the rest of his life because of a burst eardrum.

He realized that time was precious. He wanted to succeed. Thomas Edison is quoted as saying: " I am not discouraged, because every wrong attempt discarded is another step forward." And forward is the direction that Thomas also strove towards. Thomas Edison is generally well know for inventing the practical light bulb. His practical genius extended however to include many other inventions, perhaps less well known, but still significant.

One day in 1877 Edison was working on a machine designed to record telegraphic signals on a wax cylinder. While making minor adjustments to the machine and talking to the mechanic, a needle on the machine pricked Edison's finger when he made a specific sound.

Edison immediately made a rough sketch of  a design that he wanted his mechanics to begin constructing.  It was a machine designed to record and reproduce sounds. Upon completion, Edison picked up the ear-trumpet and spoke the first ever recorded words: "Mary had a little lamb; its fleece was white as snow..."  - the phonograph was born.

Thomas Edison is quoted as saying,  "I have not failed. I've just found 10,000 ways that won't work." So every time we turn on a light bulb and every time we listen to music, Thomas Edison's personal successes ensure that his legacy lives on.


Return from Informative Speech Outline to Words of Wisdom