Bill Clinton Speech - Making The Change He Wanted to See

A Bill Clinton Speech - the leader and the man! 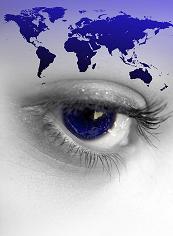 Humble beginnings, aspirations, a refusal to creep when he had the vision to soar, conviction to make the changes he wanted to see - all of these characterize Bill Clinton's leadership.

A perfect leader - not entirely!

Let's see which leadership qualities contributed toward his success?

Bill Clinton - A Step Ahead

Humble beginnings, the vision to soar and the conviction to make the changes that he wanted to see - Bill Clinton's leadership style was definitive, fallible yet effective.

He exemplified a number of core leadership skills, universal qualities that characterize an effective leader and for the most part, very admirable qualities.

He is able to present his views eloquently, logically and convincingly. Public speaking skills are one of the core foundations for effective leadership and Bill Clinton realized the necessity of polished presentation skills.

Similarly, Clinton strove to be a visionary. From a young age he realized that he could make a difference. He wanted to make a difference. Never content to merely creep along, Clinton pursued avenues where he could soar, avenues that assisted him in actualizing the reality of his vision.

Some of those vision became a reality during his tenure as Governor of Arkansas. He helped Arkansas reform its economy and he campaigned tirelessly to improve the state's educational system.

Campaigning tirelessly and having the ability to motivate others to convert ideas into action - yet another important leadership skill.

Bill Clinton has established the William J. Clinton Foundation to promote and work towards finding solutions for the treatment and prevention of AIDS and global warming - all international threats that require vigilant and tireless campaigning so that others will be motivated to take action to find a solution. Mobilizing the right people to take the right actions - leadership in action!

Bill Clinton experienced first hand the positive influence of meeting the right people. In 1963, two influential moments galvanized him into taking the decision to become a public figure. The first was his visit to the White House to meet President John F. Kennedy as a Boys Nation Senator and the second was listening to Martin Luther King's "I have a dream speech".

The right people, with the right skills go hand -in-hand with effective leadership. A leader has the vision, but he needs to be able to delegate different aspects of the vision to a competent, skilled group of individuals.

Leadership demands keeping your eye on the vision - fighting the good fight - striving consistently and constantly to achieve your goals.

One such example during Clinton's reign of office as the President of the United States of America was to continually focus on economic expansion culminating in a balanced budget and reported federal surplus. Focused, tenacious and determined - consistently working towards achieving a long-term goal, a vision created.

For the most part, Clinton made the change that he wanted to see. Was he a perfect leader?

Liu Shao-Chi says this of perfect leadership: "There is no such thing as a perfect leader - either in the past or present, in China or elsewhere."

Lippmann's assertion that the final test of a leader is that he leaves behind him in others the conviction and the will to carry on is perhaps a realistic and tangible yardstick to measure effective leadership?

Bill Clinton left behind a legion of men and women - citizens motivated to carry on from where he left off!