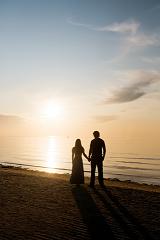 An amazing 10 year anniversary gift needs to be rounded off with special words of celebration, congratulations and anniversary sayings!

You may also want to include a warm welcome poem to set the tone for the celebrations and a sample thank you speech to end the evening on a high note.

Here's to a decade of love - may there be many more!

Here's to a decade of marriage and commitment -

and a time to celebrate love, laughter and romance.

It's a time to reflect on ten years ...  spent next to each other,

neither one leading nor following,

but instead walking next to each other -

always there, always together.

memories to reflect back on in the years still to come.

Ten years have forged love as ...

challenges and adversity were faced in unity -

and ten years have cemented

Renewed commitment to each other,

ever deepening love and empathy,

and a lifetime of cherished memories.

Looking for other great anniversary ideas? Have a look at free anniversary speeches - a personalized template to adapt to suit your speech needs.