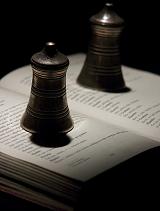 Great Tip: Use relevant and thought provoking captions as lead sentences for your main paragraphs.

Father's example starts the road to a legacy inherited - Malcolm Little was the son of an African American Baptist preacher, Earl Little. Malcolm was born in Omaha in Nebraksa in 1925 and his mother, Louisa Little was born in the West Indies.

Earl Little joined the Universal Negro Improvement Association [UNIA] and soon found himself under the Ku Klux Klan's radar. After the family were threatened, Earl Little moved his family to Lansing in Michigan. Little continued making speeches advocating UNIA philosophy and stance and in 1929 it is alleged that their family home was burned down by the Black Legion.

A father dies and a mother declines - Earl Little was found dead next to a streetcar railway track in 1931. No conviction were made at the time, but popular opinion cited the allegation that Earl Little was murdered by the Black Legionnaires. Earl's death affected Louisa to such an extent that she was ultimately committed to a State Mental Hospital  - she was never able to come to terms with his death.

Malcolm's turbulent, troubled times and a conversion in faith - Malcolm's father was dead and his mother was in an institution so he went to live with his sister in Boston. His troubled times escalated. He worked as a waiter in Harlem, became addicted to cocaine and finally turned to the underworld of crime. Malcolm, unable to escape the reach of the law, was convicted of burglary in 1946 and sentenced to ten years in prison. It was here that he underwent his conversion to the  Black Muslim faith.

Freedom gained and a name changed - Malcolm served seven years of his sentence and upon being released in 1952, Malcolm Little moved to Chicago and he met the leader of the Nation of Islam sect, Elijah Muhammad. As was the custom of Muhammad's followers, Malcolm changed his name to X as it was believed that their family names originated with white slave owners.

Emerging leadership  - Malcolm X featured as a prominent leader within the structures of the Nation of Islam. He became a sort-after public speaker and he was instrumental in founding a number of new mosques - leading to Malcolm's own appointment as a minister of the mosque for  the Harlem neighborhood.

Racial equality initially rejected - "Muhammad Speaks" was founded and edited by Malcolm and at times gave voice to Malcolm's views at the time - Malcolm was a proponent for black power, while at the same time opposing the premise of racial integration and equality.

Extremist speeches, broken loyalties and an autonomous organization - famous and infamous for his often extremist speeches saw Malcolm sidelined by Elijah Muhammad. Undeterred, Malcolm left the Nation of Islam and founded the Organization of Afro-American Unity.

Separatist views recanted, yet still perpetuated- upon Malcolm's return from his pilgrimage to Mecca, he made a move towards a brotherhood within the world. He encouraged everyone to work together against racism, that he believed, was propagated and maintained by Western Culture.

Untimely death - Malcolm X was critically shot at a party meeting in Harlem. An African American Muslim minister; a public speaker; a human rights activist; a champion of African American rights and an  internationally recognized political leader was dead!

In one of his many Malcolm X Speeches he once said, " Whether we are Christians or Muslims or nationalists or agnostic or atheist, we must first learn to forget our differences. If we have differences, let us differ in the closet; when we come out in front, let us not have anything to argue about until we get finished arguing with the man."

Return from Malcolm X Speeches to Words of Wisdom