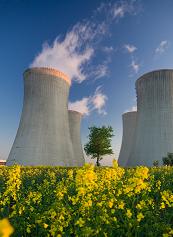 We're bringing you controversy at its best in our A - Z defining guide on speech topic ideas that are edgy and questioning.

Take a stance either for or against an issue or argue both opposing views and allow your audience to formulate their own opinion.

Animal experimentation should / should not be allowed?

Brand names should / should not be imitated and sold at a lower rate?

Death penalty - punishment to fit the crime or a descent into a barbaric society?

Gay couples should / should not marry their same sex partners?

Jay walking fines - petty rules or enforcing public safety in a society with no inherent self-discipline?

Kilimanjaro - conquering Nature's majesty or an "everyman's" adventure if you have the money to pay the sherpas?

Living wills should / should not be allowed?

Marijuana should / should not be used for medicinal purposes?

Plastic surgery - why not?

Queens and kings - a monarchy does / does not have a role to play in today's modern society?

Religion - bringing out the best and the worst in humanity?

Vivisection should/ should not be advocated?

Women in the military - an asset or a liability?

Youth violence is increasing because of violent computer games?