Speech On Leadership -
Growing Others Through Your Example

Speech on leadership - there are so many different leadership styles and strategies out there. It is hard to know whose advice to follow? 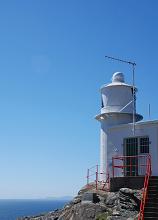 Leading through a positive example and one that is worth emulating is probably one of the more tried-and-tested leadership styles.

"Walk the talk","Don't do as I say...do as I do" and "Children steal with their eyes" all reinforce the importance of being a positive influence and role model.


He didn't tell me how to live:

He lived, and let me watch him do it.

A child's lasting impression of their father. "He didn't tell me how to live: he lived and let me watch him do it".

These words resonate in my thoughts, they capture my attention, my emotions and my imagination.

What an amazing tribute to a life well lived, to leadership personified through a father's every action, word and deed - each day...every day...for a lifetime. What an remarkable legacy to leave behind?

Ideas are sometimes best captured as images. Imagine a father walking... not in front of his son expecting him to follow, not behind his son driving him forward - but rather next to his son, leading by example.

It evokes an image of a father living life to the full - yet, all the while, through his every action, thought, word and deed, he showed his son how to lead a fulfilled life, qualities worth emulating, obstacles to avoid, watershed moments to be seized and relationships worth fighting for.

This nuclear father-son scenario, is however, largely universal and one worth striving for in life.

Consider a business environment, an educational institution, a religious context and even family and social relationships? All of these facets of life would certainly benefit immeasurably from striving to lead by example - every day.

Too often we fall into the trap of telling people what to do. We walk ahead of them and expect them to follow. We utter meaningless words, often lacking in substance and credibility.

Perhaps we need to quietly reflect on our role, our legacy, our example? Perhaps, we need to move away from our role as a prescriptive director of activity towards that of a role model who encourages and guides by example - constructive, credible example that is worth emulating.

If actions do in fact speak louder than words then let's live our lives and allow others to watch, knowing that while our example is not perfect, at least it is one that it constructive and honorable - more often than not.

A speech on leadership - universal and worth aspiring to in so many different walks of life.