Speeches for School -
Read, Adapt and Generate your Own

Speeches for school - they can be hard to write! Unsure of what to say? What is the best outline or template? 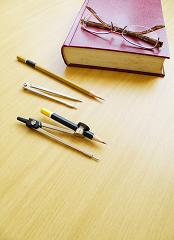 Well, have a look at the speech below - it will give you some great ideas on possible speech topics and how to write a speech.

Best tip - try and personalize your speech and make it your own! Change it and adapt it so that that your personality shines through - a sure winner every time!


Hubbly Bubbly - Harmless Recreation or Not?

It all seems relatively harmless. A group of youngsters at a party or perhaps even getting together on the beach. Laughter, boys, girls and a hubbly!

It all seems pretty carefree and innocent - and why not? That's exactly the image the marketers have been striving to convey - harmless recreational - a long way off from the harmful effects of smoking?

Speak to most youngsters and you'll hear -

"It's really very safe. You see, the smoke is inhaled after it has been filtered through water - so it's kind of like a filter! It takes out all the nicotine."

"An Indian doctor designed it - and you know how health conscious they are - what with meditation and all that?"

"We only smoke it with friends - never in public places where you don't know what they are putting in it! We are not irresponsible."

"The tobacco has almost NO nicotine - look, it says so on the  package."

But there are always two sides to a story,  a blurred line between appearance and reality. So, let's look at the other side.

Firstly, it has been suggested that the nicotine is rendered harmless after it has been filtered through water is scientifically not true. In fact, the World Health Organization is concerned about the increase in hubbly smokers around the world that they have compiled a research paper on the topic and are hoping to distribute it around the world.

A typical hubbly session last much longer than smoking a few cigarettes and it has been suggested that the amount of nicotine inhaled during a hubbly session is higher than when smoking a cigarette.  The harmful effects appear to be compounded as you are also potentially inhaling the toxins released by the coal used to burn the tobacco.

Cigarette companies and their tobacco's composition of nicotine and tar are regulated by law. There appears to be a loop-hole in legislation regarding tobacco for water pipes. Their tobacco may not be as effectively regulated or controlled.

Next comes the role of the marketers - a well devised advertising campaign.  Smoking water pipes is portrayed as a social event to be shared and enjoyed together [ the potential to contract TB or hepatitis from sharing the same mouthpiece is not mentioned ].

The sweet flavor of the tobacco used in hubblies makes it more appealing and palatable for first time users...making it more likely that they may try again and again....?

So there you have it - you decide!

Are hubblies a harmless recreational "toy" or are they a really clever, well packaged and marketed,  harmful ploy!

When it comes to speeches for school, make sure you do your research well and always try and put the information in your own words.