Short Speeches for School -
The Legend of Daedalus and Icarus

Short speeches for school are here to help you with some great ideas and speech topics for school! 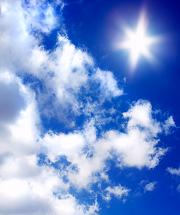 Don't be afraid to rewrite the speech and put it in your own words - always a great skill to practice and develop...a must for life long learning.

Use the idea, look at the structure, give it some serious thought...and then personalize the speech to let your personality shine through.

Best of luck, aim high...but don't fly too close to the sun - you'll soon see why!


A talented craftsman - a daring plan - a risky escape - too much ambition...and a watery death. This is the legend of Daedalus and Icarus!

Daedalus built a labyrinth for King Minos. The labyrinth failed and Daedalus lost the favor of the king. He was imprisoned in a high tower. Daedalus wanted to escape from his prison, but all sea worthy vessels were carefully searched.

Daedalus began working. He designed wings for himself and his young son Icarus. He attached a lot of feathers together over the frame that he had created. He started by adding the smallest feathers and then added larger feathers to form a huge curved surface area to harness the power of the wind.

When the work was done, Daedalus waved his newly constructed wings and found himself soaring...upwards on the currents. But, he could not leave without his son!

He built his son another smaller set of wings, but warned him firmly, saying: "Icarus, if you fly too high, the heat of the sun will melt your wings!"

Daedalus kissed his son - not knowing that it was for the last time.

Then rising on their wings, father and son flew off, escaping from King Minos's prison.

The boy exulted in his new found freedom and he began to soar upward as if to reach heaven - closer and closer to...the sun.

The blazing sun softened the wax and the smaller feathers drifted lazily in the wind, as one by one the feathers came off.

Icarus fluttered his arms frantically, but no feathers remained to trap the air beneath his wings. He cried out to his father and plummeted into the sea - a watery death.